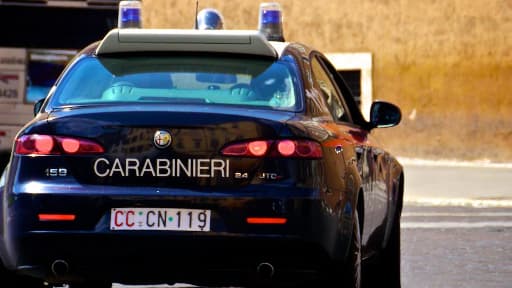 A 43-year-old man surrendered to the Carabinieri on Monday, confessing to killing and dismembering the 26-year-old while filming a pornographic video in January.

A macabre discovery that ends weeks of research. On March 20, a hiker found a dismembered body in plastic bags in Borno, Lombardy, northern Italy.

He then delivers the chilling report of the young woman’s execution to the authorities: according to his words, reported by various Italian media, they were both shooting a violent pornographic film, “on January 10 or 11”, in which she was tied up. , a bag that covers her head.

Not knowing if she is dead, he also slits her throat and then, for three days, proceeds to dismember her body, leaving the remains in the mountains of Borno.

He used the victim’s phone to pretend she was alive

For the two months after her disappearance, and until the discovery of the body on Saturday, he will use the young woman’s phone to communicate with her loved ones so that they believe she is still alive and that she has simply decided to change . life. He eventually leaves this staging, especially when a journalist begins to take a closer look at this strange disappearance.

According to the Italian newspaper, Davide Fontana and Carol Maltesi had started a free relationship after meeting via Instagram, an affair that will lead the banker to leave his wife.

Questioned again by police on Wednesday, the killer more accurately indicates that the young woman planned to go to Prague to be closer to her son. A decision that the banker would not have supported, reports La Republica†